On Wednesday this week (6 Nov), Juniper class put on an impressive assembly all about World War 1.

Throughout the first half of Autumn term, Year 6 had been learning about World War 1. In the assembly, Juniper class showed the school and their parents all the learning they had been doing. During the assembly, they told the audience about the importance of remembering all those who had fought in World War 1. They then read out examples of letters from the trenches they had written during English. Finally, they read out extracts from the recounts they had written which showed the amazing time they had at the Imperial War museum. The school was also treated to 2 songs which also helped us all remember those who had fought in the wars as well as emphasising the importance of peace and hope for the future. Well done Juniper class!! 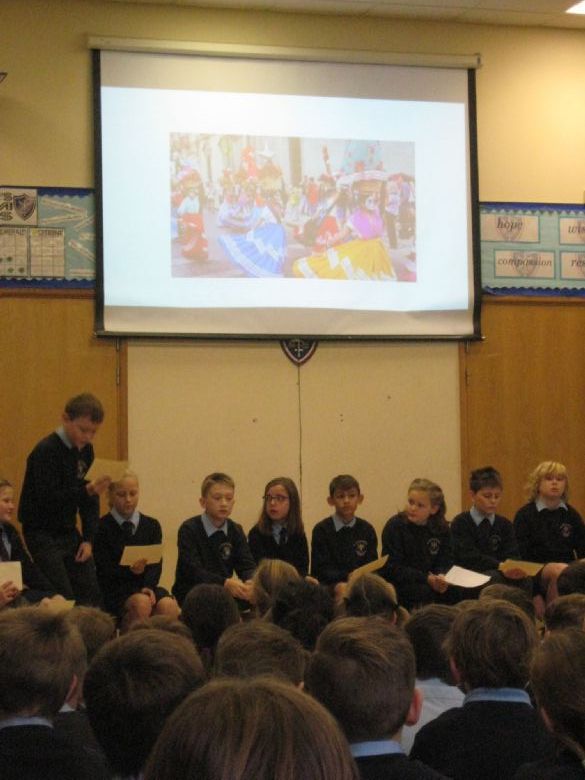 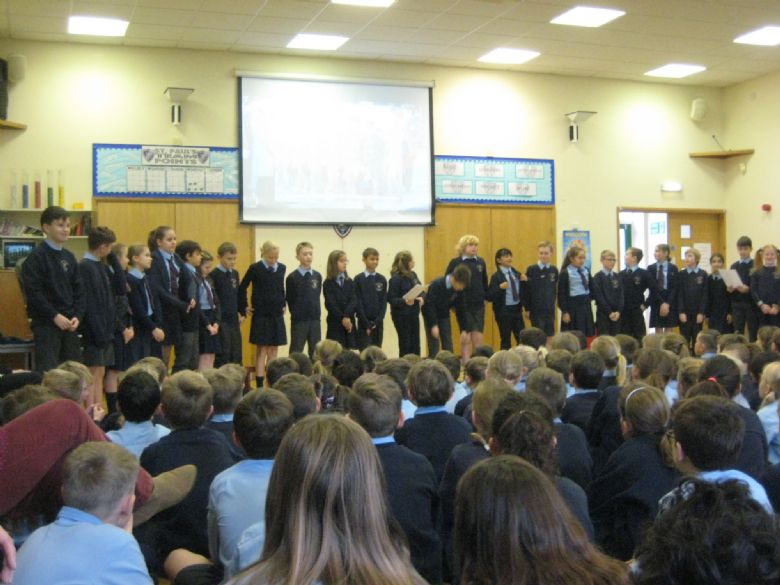 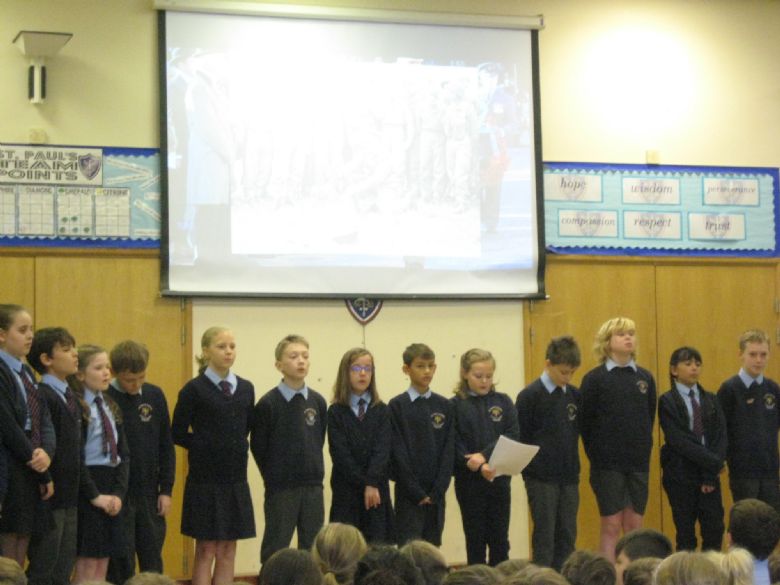