On Monday evening, an audience at St Paul's Church were delivered a delightful treat.

Parents and carers had gathered for the annual music celebration evening. They were given a widely varied diet of music ranging from Oasis and Freddie Mercury to Handel and Rossini.

The full school orchestra, consisting of violins, guitars, flutes, clarinets, a recorder, french horns and trumpets opened the concert with a sensitive rendition of the theme tune from Titanic. Then the guitars with William tell's overture.

Then followed a series of solos, all beautifully played on a wide range of instruments from the french horn to the piano. The soloists were Sophia (french horn), Amy (violin), Seth (piano), Bella (flute) and a drum solo from Sam. Then followed two Abba numbers from year 3 and 4 choir - with over 40 members. They sung so enthusiastically.  Five more duets and solos followed from  Rebecca (french horn), Jessica (violin), Lara (clarinet), Molly and Jemima (violins) and an electric guitar number from Charlie. The Year 5 and 6 choir then sang two creative renditions, one from Mary Poppins and the other from the Greatest showman. The final batch of soloists wowed the audience with their performances from Holly(violin), Abbie (guitar) and Erica (clarinet). The concert then drew to a close with the wind band, then the string orchestra and the finale of the firework music by Handel played by the full orchestra.

All of the children performed superbly and gave the audience a fantastic memorable evening. A big thank you to Mrs Wharmby, Mrs Eborn and Mrs Tolley for helping the children to do such a splendid job. 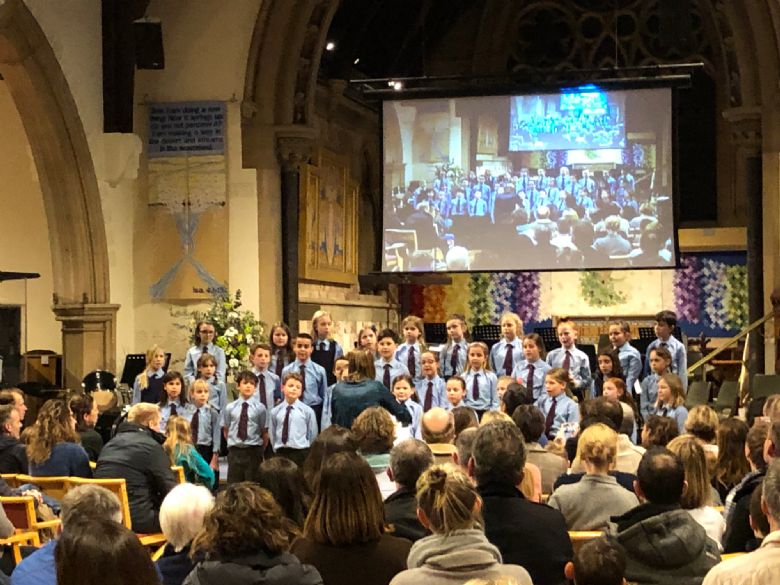