On Wednesday the 6th of February 2019 the whole of year five, Cedar and Lime class, went to the Priory School to see the author Ally Sherrick.

At 1:30 in the afternoon year five took a short but enjoyable walk to the Priory school to see the wonderful author Ally Sherrick. After all of the schools that were coming arrived in the Priory’s hall, Ally started to talk about her childhood and how she found her love of reading and writing. When she had finished talking about her childhood, Ally went on to talk about her books. The first book was called ‘Black Powder’ and it was about a boy called Tom who got caught up in the gunpowder plot to save his father. The second book was called ‘The Buried Crown’ and it is a World War Two adventure mixed in with mythology and magic. Next, after she had told us about her book she went on to talk about how we were going to make our own story. First, she told us that we should all think of something precious and that went in the story, then she told us to think of something to guard it, then to think of who wants to get it but unfortunately our time runs out when you are having fun, so we all walked back to our schools and then went home . Over all I would say that it was a very fun experience and I am looking forward to reading her next book. 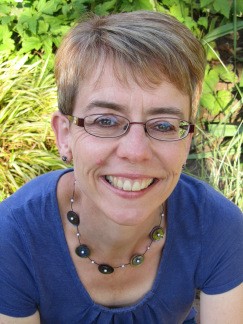