This morning, we were very pleased and proud to announce this year's recipient of the Chris Speller Trophy

The receipient of the trophy is decided on by the current manager of the U11s team, and is a person who has given their absolute best in representing the team through fair play, commitment, teamwork and effort- all values that are the foundations of any sport.

This year's winner is Sam S - definitely a choice we all agree with for his constant demonstration of the values underpinning the award. His attitude to sport and his friends is a real example for others to follow, so congratulations Sam! 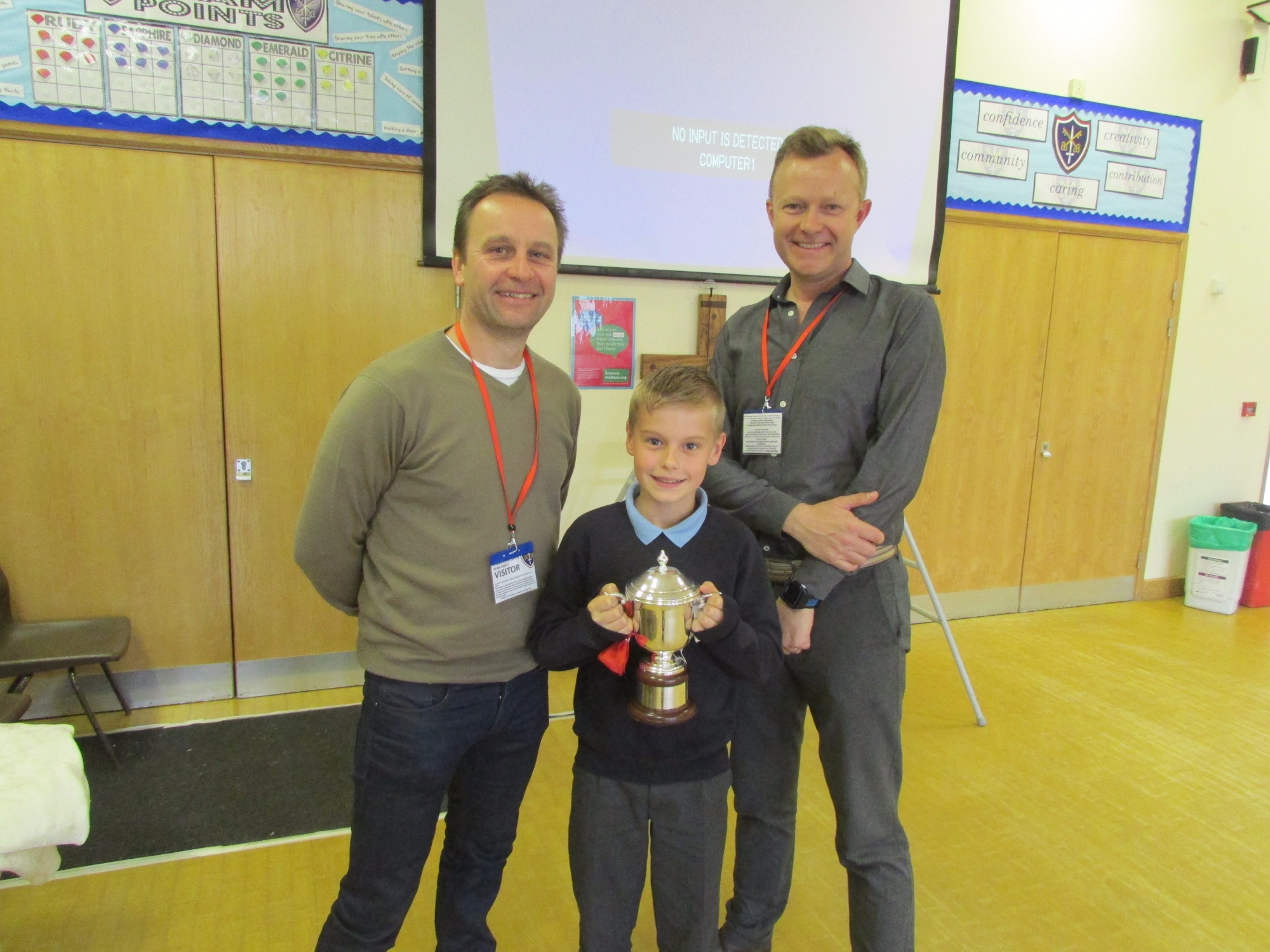 Sam will be allowed to take the trophy home for a few months, before returning it to school to be engraved and displayed to remind us all of why we should play sport together- for the love of the game and enjoyment of being part of a team!